Common Questions About Milk For Children

All you need to know about milk!

Milk is the first form of nutrient that a child receives following birth.
Here are some questions that parents often ask.

Is there a formula milk that is closest to breastmilk?

No. It is impossible to recreate breastmilk. Breastmilk is perfectly made for your baby. It has all the calories, nutrients, and antibodies at the right proportions to promote growth and the immune system. Hence, babies should be exclusively breastfed for the first 6 months up to 2 years and beyond.

Does goat’s milk cause less allergy compared to cow’s milk?

The answer is no. The protein component present in both goat’s and cow’s milk is similar, meaning both can potentially cause allergies.

Is soy-based milk formula a good option if there are allergies in the family?

No. Soy-based milk formula is not recommended below the age of 6 months unless prescribed by a doctor. There are specific reasons for this which include:

Soy-based milk is rich in phytoestrogens which mimic sex hormones in the body. For older children and adults, this may not pose a problem. However, in infants below 6 months, whose main nutrition is milk, selecting this milk should be considered carefully.

The carbohydrate source of soy-based milk formula is glucose, which can increase the risk of tooth decay.

When can I serve cow’s milk to my child?

After one year old, children can be given whole cow’s milk. Children 2 years and older can be offered lower fat milk choices (skim, 1% or 2%). The volume of milk requirement between the ages of 1-3 years is around 350-400mL per day.

Besides cow’s milk, what are dairy alternatives that can be served to children?

After the age of 1 year, cows’ milk, goats’ milk, or sheeps’ milk can be served, provided they are pasteurized (a process that kills harmful bacteria). Alternatively, plant-based milk such as soy milk or almond milk may be served. However, care needs to be taken for these milk alternatives as they are lower in calories and not nutrient-dense.

Can rice milk be given to children?

Rice milk is not recommended for children under the age of 5 years for fear of possible arsenic content. Arsenic exposure in young children can affect brain development significantly.

Can raw milk be given to children?

No. Raw milk can contain various disease-causing bacteria that can cause children to fall seriously ill.

What is the difference between organic and conventional milk?

The main difference between the two milk production is the farming practices. Organic producers do not use synthetic pesticides, herbicides, fungicides or nitrogen-based fertilizers.
Although organically produced food may contain less exposure to pesticides but the evidence does not suggest they are more nutritious compared to conventional foods.

What are the important details to look for if parents opt to serve formula milk?

Check for vital key nutrients such as calcium, vitamin D, vitamin A, protein, and fat content. Try to avoid a formula that uses sucrose, the sweetest simple carb, as the main carbohydrate. Of course, a formula fortified with essential fatty acids like DHA or EPA, prebiotics, and probiotics would be a plus!

If my child dislikes milk, how can I ensure that he or she receives adequate calcium for bone growth?

Fret not if your child dislikes milk. Calcium can be obtained from various other food sources such as:

Mushroom and fungus – shitake mushroom
I hope this information answers most of your questions about MILK! 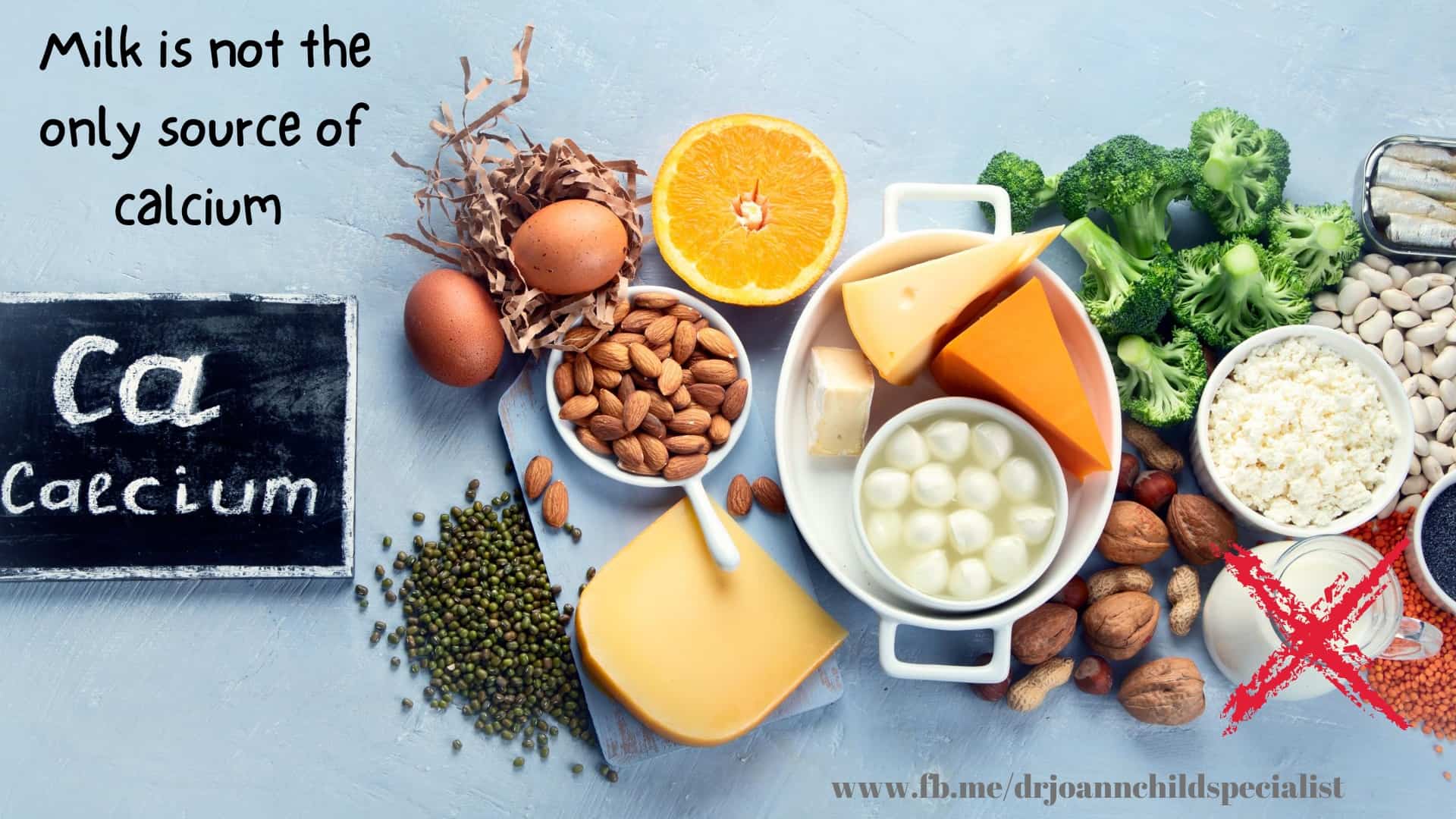